Business and Economy of Beed 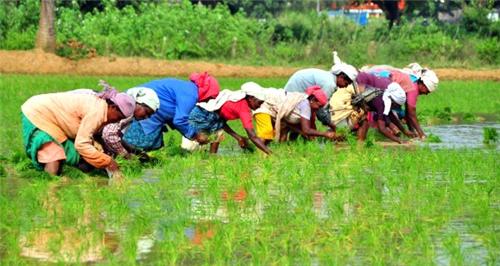 Beed is among the top 100 towns of Maharashtra which has a substantially backward Economy. In spite of having a population of over 25 lakhs, it has not shown any substantial growth in its economic condition since 1960. The per capita GDP of this town is lower than that of the state’s average GDP, which is more than Rs. 17,000 for each individual, in spite of Maharashtra being one of the most developed states of India.

In 1997, the Beed district was particularly declared as a zone wherein investors would be eligible for tax holidays and other concessions so that they could interest some investors to invest and contribute to the development of the town. But this step barely supported the cause since there was barely any arrangement for consistent water supply, means of transport communication and other basic infrastructural essentials. The town and surrounding villages still suffer from severe water crisis, lack of proper transport facilities and access to natural resources, regular droughts and even political corruption at times.

The main source of income for the city is derived from agriculture which is completely dependent on the monsoons. Due to lack of irrigation facilities, the farmers of the district cannot indulge in any kind of farming until the monsoons hit the peninsular region of India. Along with agriculture, the only other options are the small and medium sized wholesale and retail businesses which are helpful only to the owners and does not reflect much scope for people in need of work.

This is simply because these small businesses include kiosks of food, vegetable vendors, spices shop, cloth merchants, toy shops etc. which are an attraction for visitors from neighboring towns.

There are barely any industries in Beed, except for a few insurance companies and micro finance companies which create the only service employment opportunities in the town. Beyond that investors are barely interested in the city.

Beed’s geographical location, its uninhabitable terrain, obstructions in possible construction of dams and canals and frequent floods and droughts make it an unattractive place for investors. Its weak administration is also one of the reasons why Businesses are completely uninterested in the city of Beed. Businesses only see profit and Beed does not seem to be a profitable investment for them as it would increase production cost from all aspects-including extracting raw materials and transportation. Along with this even production may not be as fast as required for a business to flourish.

Comments / Discussion Board - Business and Economy of Beed