The geography of a city includes its physical features, natural resources and even dams and canals. All these together contribute to the climate of the place and the resources it provides to its inhabitants. The geography of Beed will help understand the district better.

The district of Beed is established on the Deccan Plateau of India which covers the largest area of our country and is the base for many states. This district is situated on the banks of the river Bensura which is also known as Bendsura or Bindusara and is a tributary of the massive Godavari River.

The Bensura River is a seasonal and rapidly flowing river and that is what divides the district into two different uneven parts, the small eastern section and the larger western part. The Balaghat Range from where the river originates as a result of the Kapildhara fall is an uneven and uninhabitable region which created the smaller eastern region of the district of Beed. The soil is infertile and rocky which consists of basalt making it an unsuitable area for any kind of farming to take place. These features of the region around the river has created slopes in the course of the river which often result in violent floods as the one that took place in the year 1989 causing property damage of worth lakhs of rupees along with loss of many lives.

Beed also falls under one of the major earthquake prone zones as it is categorized under Seismic Hazard Zone III, which was earlier in Zone I. The floods and earthquakes make some of the villages of the district extremely dangerous to dwell in. The area has a hot, dry and semi-arid climate resulting in mainly 3 seasons-long, hot and dry summers which last for almost 5 months, small monsoons with scarce rain and short and cold winters. It is completely unlike the other districts of Maharashtra, except for Pune.

Beed is among some of the important thermal power producing stations of Maharashtra, due to the abundance of coal from the undulating region near the Balaghat Range. Another resource that has major potential but cannot be tapped due to its seasonal nature is the rapidly flowing Bindusara River. Since during the monsoons the rain is really scarce, the river cannot be used for major irrigation facilities in the area, even though it flows at a really fast speed due to its close origin. The river has to be cleaned every year before the monsoons to ensure steady flow of water for irrigation of the farms.
The district’s northern region consists of thin layers of black soil which can be used for farming. Due to this kind of topography, the major occupation of the district is farming. Even though the agricultural land is quite limited, it still constitutes almost 80% of the resources in the district.

Dams and Canals in Beed 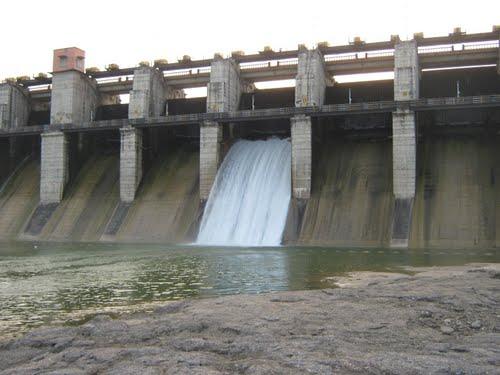 The Bendsura Project which was built in the year 1955 on the Bensura river, close to the village of Pali in the Beed district is only 10 kms away from the city of Beed. It is the main source of water supply in the city and its surrounding areas. The main Dam that is the source of all the canals meant for different purposes related to steady water supply is the Jaikwadi Project which was originally supposed to be built in Beed. The Second phase of the Jaikwadi project is closest to Beed and came to be known as the Majalgaon dam. It is the largest water project that contributed to the improvement of the water facilities in the city and the entire district. The strange and undulating terrain of the region makes it quite difficult to build major dams and canals to provide better irrigation facilities in Beed which is the reason for the district to remain under-developed till date.

Comments / Discussion Board - Geography of Beed