Health care in Beed, Maharashtra, very much like the district itself, is quite under-developed. Most of the health care centers are located in the town which is quite far off from many villages. The hospitals and nursing homes are inaccessible from most of the villages. The city is void of any super specialty centers such as Neurology, Oncology, Paediatrics or Ophthalmology which in itself proves the deteriorated condition of the health care system in Beed.

The primary and largest hospital in the district is the District Hospital in the city with around 300 beds available for patients. The District Hospital includes Burn Wards, ICU (Intensive Care Unit), C.T. Scan facility and Mobile Medical Unit. These mobile medical units are the best option for relief in the village of the district o Beed. It is under the responsibility of these medical units to organize health check up camps, spread awareness about health and diseases in the community, visit accident spots, epidemic survey, arranging health check up camps in schools etc.

Apart from this there are a handful of other hospitals which include RH Kej Hospital which is the only rural hospital in Beed consisting of only 20 beds. There are a few more government run hospitals in the villages of Georai and Telgaon along with one Homeopathic hospital in association with Sonajirao Kshirsagar Homoeopathic Medical College.

The city also has a one Veterinary Hospital of which is run by the state and a prominent private hospital named Vithai Hospital. It is the largest multi-specialty hospital in the district which runs on charity.

Strangely there are a number of Nursing schools and colleges in the district of Beed that offer Bachelors and Masters courses on nursing but unfortunately there is only one Nursing Home in Neknoor, Beed. This again shows that the health care facilities for women are not sufficient in the district. 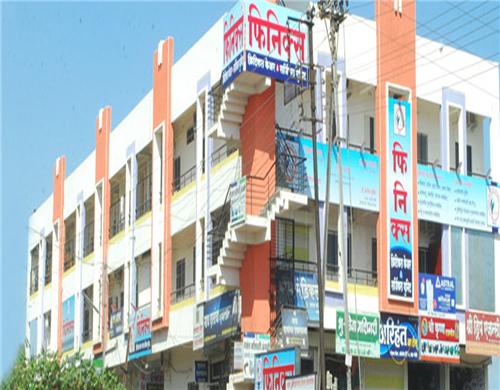 Beed has very few treatment centers that offer Yoga classes, Physiotherapy and Dietary Treatments. Among a few handful of such centers, Patanjali Chikitsalaya is a prominent center offering Yoga and Meditation Classes along with certain Ayurvedic treatments.

Another center that helps people with Yoga Therapy, Meditation and rejuvenation classes is The Art of Living Center.  These facts about the district of Beed calls for some serious attention from the governing bodies to try and improve the health care conditions of the city as well as the villages surrounding it. The district should have better ambulance services and more Mobile Medical units so that more and more areas can be covered at the time of epidemics like the dangerous Bubonic Plague that had hit the district in the year 1994. More number of physiotherapy centers should be available to the residents along with additional trauma centers apart from the one in the District Hospital.

Even though there are quite few private clinics in Beed, the number of qualified doctors is fairly limited. A number of super-speciality hospitals and nursing homes should be available for the poor and the rich alike.