Beed has a number of cricket clubs alongside a few soccer clubs that are popular for their good coaching. 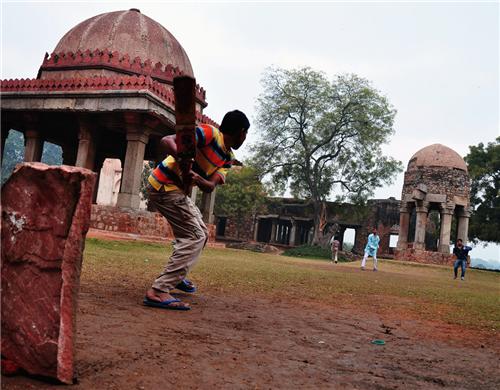 Football is a sport that is becoming more and more popular among the locals of Beed. It does have a number of small soccer clubs but there are none that are prominent enough. The craze for football developed here as result of the hoard of football lovers residing in the neighboring district of Pune. The love for soccer in Pune has influenced the people of Beed as well introducing the district to a new form of world famous sport.

Sports like Hockey, Tennis and Badminton are rarely taken up as a serious sport. They are played only for fun, among which Badminton is popular predominantly among females. Golf is barely known to the people of Beed as it is considered to be a rich man’s sport and the economic conditions of the people of Beed does not allow them to take it up as a sport. Swimming is more of a daily activity for them rather being a separate sport. The Bensura River is the best place for those who love swimming and it is a daily task, especially for the villagers of Beed to take a swim in the river.

There is only one District Stadium in the district of Beed, which also houses a shopping complex alongside a few sports equipments stores. The sports facilities and sporting gears of this stadium are very poor and are not properly maintained. Even the sports gears stores are poorly stocked and only deliver the basic requirements for a sport like cricket or football.

The locals  of Beed participated in many state-level Volleyball Championships during the decade of the 90s and has also been taking part in the state-level Taekwondo Championship since 2008. For those who love sports and intend to make a career in any particular sports field, cannot rely on the training and sports facilities provided in the district. They need to move out and relocate to either Pune or Mumbai to become a pro in the sports of their choice.